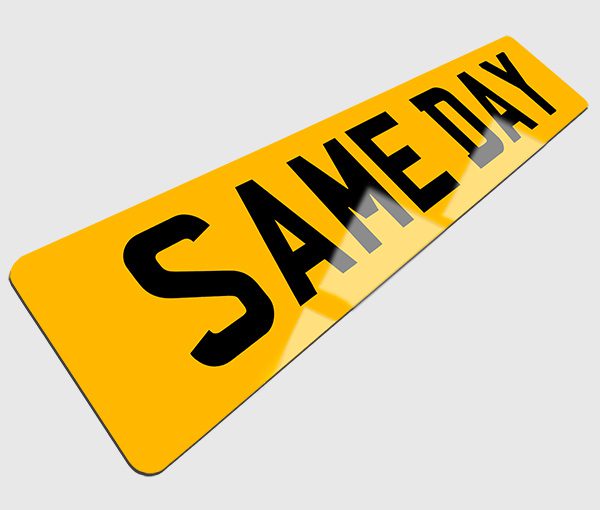 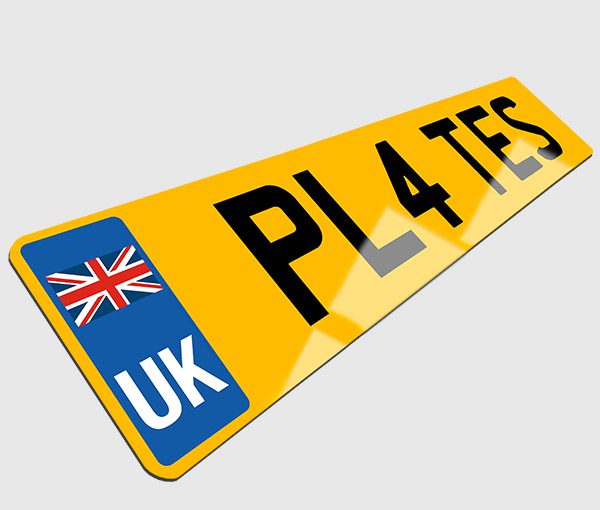 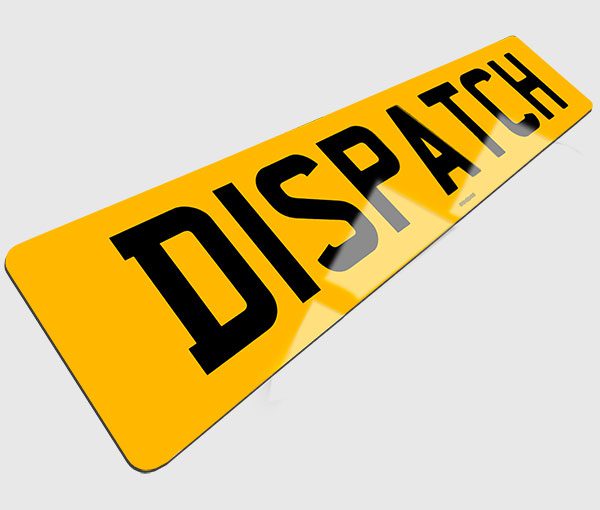 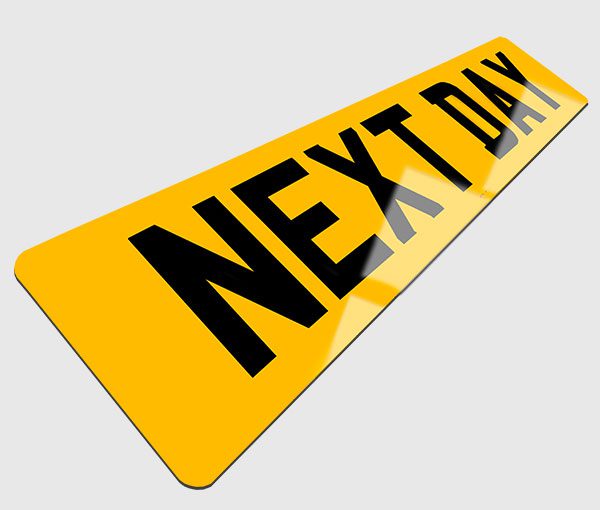 Personalised Number plate requirements in the UK have transformed as exceedingly more cars are entering the roads, but number plates have been in existence since the 1903 Motor Car Act, used by policing bodies to identify vehicles.

With that said, there is a distinct reason why the front and rear plates differ in colour; in darkness, it can be difficult to determine which way a car is travelling, particularly if they are moving at a low speed. With a white number plate at the front and yellow number plate at rear, other drivers can easily determine which way the car is facing, providing an insight into which way the car is likely to be moving. A helpful tool for safe driving.

Any reputable retailer should be able to outline what determines a road-legal custom number plate. The DVLA have strict regulations on what constitutes a breach, which is taken into account when using our number plate maker. So, let’s dive into what makes your number plate legal on UK roads.

If you began driving prior to 2001, you may not be familiar with the rule change which affects all drivers of UK-registered vehicles. The regulation of number plates saw an overhaul during this time, with the DVLA clamping down on formatting, to ensure all characters are readable and clear from a distance, although the white and yellow background with black lettering combination we know today, dates back to 1973. Now, it’s probably not something which enters your consciousness as your cruise, but every registration plate has to have the same font, named Charles Wright 2001. This creates continuity, for motorists to easily identify other registration plates without hesitation.

Even within the Charles Wright 2001 font, there are still constraints on what is deemed legal. Every aspect of the characters is pre-determined, from spacing to sizes, to strokes. Each character ought to have an 11mm gap between them, with a 33mm gap between the identifiers and latter three letters. The characters are also required to be 79mm tall, 50mm wide, with the stroke measured at 14mm.

There is some flexibility when it comes to emblems, with flags deemed acceptable, although there is a list of accepted flags, which is exhaustively the Union Flag, Cross of St George, Cross of St Andrew (the Saltire) and Red Dragon of Wales. In terms of the letters, known as national identifiers, there are few options; GREAT BRITAIN (including the following; Great Britain or GB), UNITED KINGDOM (United Kingdom or UK), CYMRU (Cymru, CYM or Cym), ENGLAND (England, ENG or Eng), SCOTLAND (Scotland, SCO or Sco) or WALES (Wales).

On top of this, your number plate must also show the identity of the platemaker, to show that you received your plate from a registered supplier, as well as the postcode of your plate supplier.

Keeping your number plate compliant takes some maintenance from you, too! Anything which alters the appearance of the plate, from a build-up of dirt from your coast through the country to accidental chips from pesky loose surfaces, as well as cracks from an accident (which we hope isn’t the case!), all of these seemingly-minuscule aspects can result in an MOT failure and/or fine. A quick check before getting into your car will do the trick – and if you do find any defects, you can come back to us for a brand new plate delivered the next day!

So, you think you’re all up-to-date with number plate regulations, but there’s a niggling thought in the back of your mind that you *definitely did* see a black and silver plate on the road. Are they flouting the rules? Well, not necessarily. As of 2015, vehicles of 40 plus years in age (on a rolling-calendar basis) are authorised to display the traditional black and silver plates which frequent archaic-Britain photos. No more unsightly-yellow plaguing beautifully kept classic cars!

Now, this doesn’t mean that any old car from your neglected shed can follow this procedure. To be exempt from using traditional plates, the vehicle must be in a roadworthy condition and registered in the ‘historic vehicles’ tax class. And the best part for classic-car owners? Being in this category usually does not require you to pay road tax. Cue uproar!

What about Private plates in the UK?

Having a private plate-adorned car may mean that the typical rules regarding identifiers don’t apply to you, but when it comes to keeping your plate in crystal clear condition, you’re in the same boat as standard plate-owners.

But where should you buy your private plate from? Straight from the DVLA website/ auction facility is the most reliable option, but there are plate sellers who have an eye for the interesting. If you’re on the lookout for something exclusive, you may need to dig deep to purchase it from a specialist seller.

So, can you pop your private plates on and go? Unlike standard-issue plates which tend to come with your car upon purchase, private plates need to be registered before use. Once you own your number plate and have received your V750, it’s time to make the DVLA aware, which will then assign your registration to your car (as opposed to you). If you purchase a new car and would like to transfer your private plate over, it’s an £80 fee. MyReg tip: keep your original plate in a safe plate, as you will require it if anything happens to your personalised plate, such as failure to register your private plate with the DVLA every ten years.