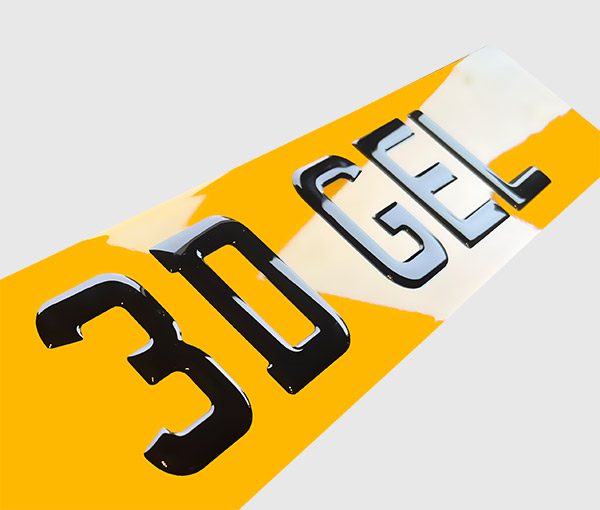 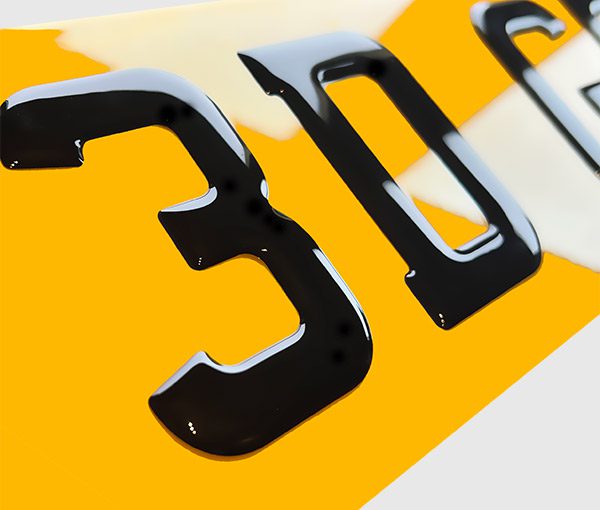 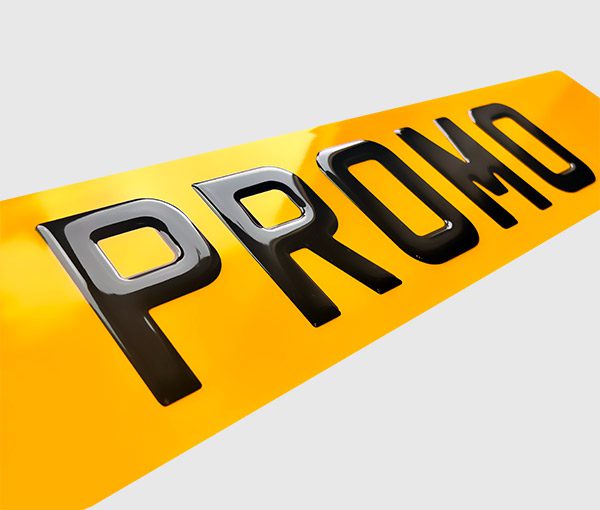 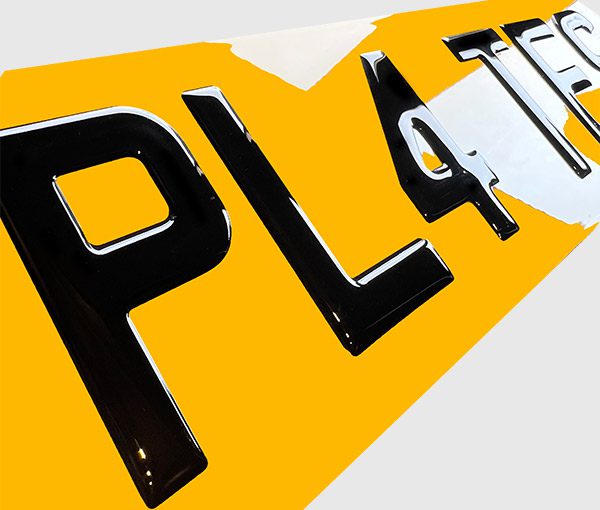 With the phrase ‘3D’ evoking visions of letters sprouting from your number plate, it raises questions of what 3D number plates really are, how they are created and importantly, whether they are road legal. There’s a reason they’re growing in popularity, so let’s dive into why our high-quality, durable 3D gel plates are one of the latest accessories to be snapped up by avid car-enthusiasts.

How do they differ from standard 2D number plates? Think of your typical number plate, but with raised black lettering. The reflective background, dimensions and format remain the same, however, the characters appear more pronounced and glossy due to the innovate manufacturing techniques, giving them a more aesthetically appealing look, prized by automotive fanatics.

A process which involves high-quality artisanship, the first step involves printing and cutting the characters to the DVLA-approved dimensions, with expert precision to ensure the tight regulations are met. Next, it’s time to apply the polyurethane gel resin; a stellar-quality formula which is gently heated to avoid bubbling. Once created, the letters are removed and allowed a cooling period to solidify. After being left to cool, the ultra-strong adhesive backing is peeled away, and the characters are perfectly placed on your reflective plates. The final step before being packaged and making their way to your doorstep is the rolling phase, with the plate put through airtight rollers to ensure they’re completely smooth, free of even the tiniest of bubbles. Your 3D-effect plate is now complete, going through stringent quality checks before being given the go-ahead to be sent to you.

A common misconception lies within whether the full plate is made from gel or just the characters. As the DVLA regulations require the plate to be reflective, only the characters are made from high-quality resin gel, which works effectively to contrast with the opposing materials, to give an exclusive, head-turning effect.

What are the uses of 3D gel number plates?

Lauded by car-enthusiasts for their ability to transform motors to the next level, 3D number plates are the perfect final touch to any vehicle exterior. The raised profile creates an eye-catching effect on cars, making it popular with those who are on the lookout for both sturdiness and aesthetic appeal.
As they go against the grain of typical 2D number plates, 3D plates are often used beyond the scope of a car, on office walls, as the ultimate man-cave decoration, and even at events, providing unique décor in a range of settings due to their eye-catching, sleek appearance. With our attachment kit offered at checkout, which includes adhesive pads for easy installation and removal, you can flit between 2D, 3D and even 4D plates at your leisure.

What is the difference between 3D and 4D plates?

In terms of appearance, both 3D and 4D lettering are more pronounced than standard-issue plates, 4D more so with a 3mm depth, but within the manufacturing methods lies the main difference. As mentioned, 3D plates are made with gel, however, 4D plates are usually manufactured using laser-cut acrylic letters, bonded to the plate. Both with a high-end appearance, they are each considered a premium choice, however, 4D plates are more expensive due to the precision of the laser used to create the lettering. Each character will be as perfect as the next with industrial-level equipment, therefore offering a higher level of sophistication, accuracy and customisation – although keep in mind that for the latter, customisations beyond 3D/4D may not be road-legal.

In short, yes! 3D number plates are legal for use on UK roads, adhering to BS AU 145d, the standard for British number plate construction. With extensive experience in the industry, you can rest assured we are up-to-date with regulations, to ensure that your plate is not only fully compliant but will remain that way, with high-quality, durable materials and manufacturing methods to resist cracks, fading and breakages, which could all leave you with a fine.

Now, you may be wondering, “But MyReg, if I can have 3D letters, why can’t I opt for a different font?”, after all, the DVLA number plate regulations are by no means common knowledge. The answer is simple. Only one font is allowed, known as Charles Wright 2001, which needs to be adorned to reflective plates. The font itself must be 79mm tall, 50mm wide, with a thickness of 14mm, and an 11mm gap between characters, with only a select number of emblems, in the form of flags, permitted. The only ‘leeway’ to make your plate your own is 3D gel lettering, which is why it’s a popular choice with those looking to stand out.

What are the advantages of 3D plates?

3D number plates are considered a premium plate option, not just for their upmarket appearance, but also for their sheer durability. With the lettering created from gel resin, 3D plates are built to last, without the worry of faded lettering wreaking havoc with DVLA regulations. They’re not just a novelty – as hardwearing as 2D plates, you can expect your 3D plate to withstand the test of time, with specialist gel used to be able to fight off the elements, and remain perfectly-finished through scratches and car washes. Unlike other materials which dull, when met with extreme weather conditions, particularly rain, the gel used for 3D plates has been formulated to keep its glossy finish wind, rain or shine.

With incredibly strict regulations, the DVLA does not allow much room for number plate versatility. Other than forking out for a private plate, or adding a pre-approved emblem or border, which – you guessed it – has to adhere to one of six outlined colours, the only way to add a touch of personalisation to your number plate is to get creative with 3D fonts. Fully road-legal, 3D plates are a great way of making your car your own, without dipping into illegal territory when it comes to alternative fonts or strategically placed screws to alter the appearance of a letter. Adding an extra layer of exclusivity, 3D plates are a cost-effective way to improve the overall appearance of your motor.