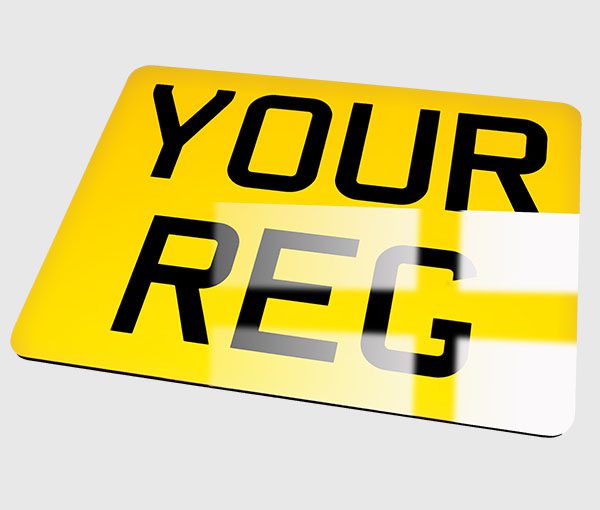 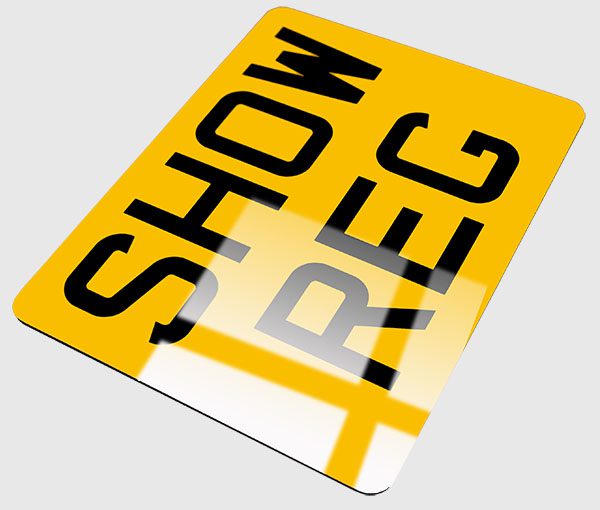 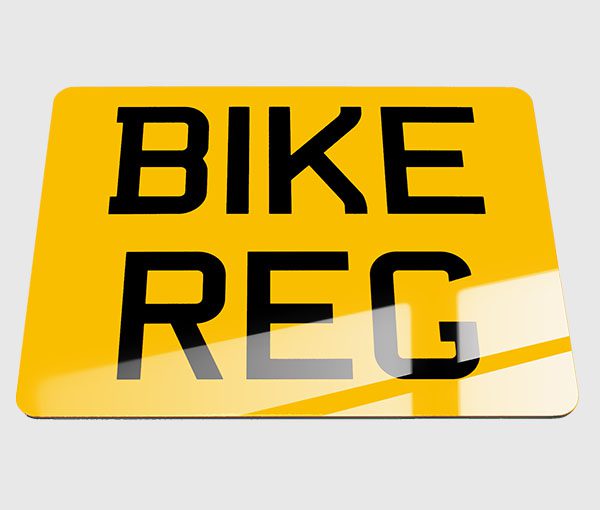 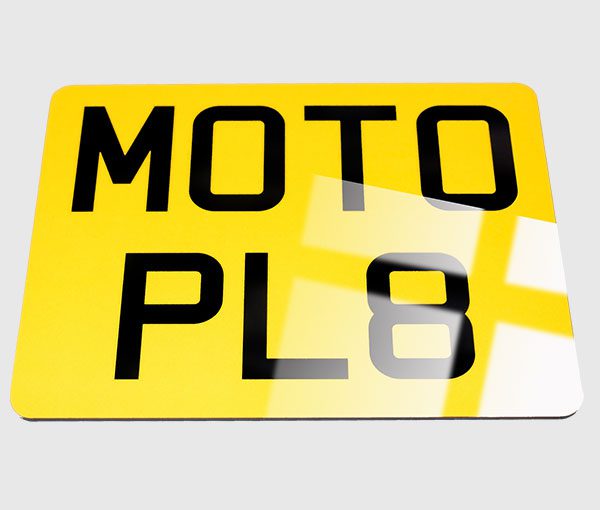 With motorcycle number plates looking identical since 2001, will see a batch of new plates introduced later this year in 2021. Electric bikes and scooters will be given the option to display green number plates for zero-emission vehicles, which will mirror the plates we see today, with the only difference being a green band across the left of the plate.

How do they differ from car number plates?

Car and motorcycle number plates are privy to almost identical regulations, which makes them incredibly similar to the eye. The structure of the registration is the same, so you can transfer a car number plate onto a bike, and vice versa, providing it isn’t a one-line plate. Motorbike number plates should be spread over two lines, as opposed to a long plate as we see on standard-issue car number plates, with two geographical registration area letters, two numbers as the age identifier, and the three random letters making up the plate, with the latter three letters sitting below the former four on the bottom line.

It’s an age-old question, likened to asking the length of a piece of string. How small is too small? There is no definitive guidance on this, but guaranteeing you’re within the parameters of the law is simple. Ensuring your characters are 64mm high, 44mm wide, with a stroke of 10mm, with a distance of 10mm between each character will keep you within a legal territory, regardless of overall plate size – apart from ‘1’ or ‘I’, which is an exception to the rule. The most common motorbike number plate size is 229mm x 178mm/ 9”x7”, but if you want to catch eyes with a spacious plate, or go rogue with a mini plate, providing your characters meet DVLA regulations, you can get as creative as you please! Our sizes start from a pocket-sized 152mm x 102mm/ 6” x 4” depending on your needs, but when selecting a legal plate, we only offer the standard 9” x 7”.

How do I know if my motorbike plates are road-legal?

In order to ensure your motorcycle number plate is legal you should carry out regular maintenance to ensure it stays in road-worthy condition – which means no dirt, cracks, marks and screws altering the appearance of the lettering. Although motorcycles require plates spread over two lines, those registered before September 1st 2001 are eligible to have a triple-lined display. A one-line plate, however? Out of the question!

Differing from cars, motorcycles are only required to have a rear plate, which is recommended due to the hazard of front plates in causing injuries in collisions, known colloquially as a ‘pedestrian slicer’.

Motorcycle number plates should be fully reflective, with black lettering in the font ‘Charles Wright 2001’ on a yellow background, or a white background if you do opt for a front plate. For motorcyclists who take pride in the appearance of their bike, 3D fonts are a perfect way to add some definition to an otherwise standard plate. There is also the option of a border, with a choice of five colours available, and a badge, which has to be a pre-approved flag, with no leeway.

It is no secret that some motorcycles don’t sport the standard yellow rear plate, with a black and silver alternative common with dated bikes. Under UK law, motorbikes older than 40 years are exempt from a number of DVLA regulations, known as the historic vehicles class, used in an effort to preserve historic vehicles. Those which meet the specification are also exempt from getting MOTs and paying vehicle tax, providing it has been free of ‘substantial changes’ within the last 30 years, with the DVLA giving examples of a replacement ‘chassis, body, axles or engine to change the way the vehicle works’, although the vehicle does still need to be a roadworthy condition, with £2,500 and 3 points at stake if your bike is in a dangerous condition.

Being exempt from regulations is an effective way of encouraging the preservation of historic vehicles – many of which would rival contemporary bikes – with appropriate number plates which reflect the era in which it was built, such as archaic or retro plates, that won’t stick out as an eye-sore.

Other perks on offer for historic vehicles include an exemption from ‘ULEZ’ and ‘LEZ’ – London’s ultra-low and low emissions zone, which carries a hefty fee if the vehicle doesn’t meet the Euro IV emissions standard.

2001 saw the DVLA regulations as we know them introduced to roads across the UK, but legislation has been an ongoing transformation, from as early as 1903, five years after Triumph Motorcycles began manufacturing motorbikes in England, with its 1915 ‘Model H’ widely regarded as the first ‘modern’ motorcycle. From the introduction of the 1903 Motor Act up until the 1920 Roads Act, there were no dates on number plates, with separate registers for cars and motorbikes, which led to identical number plates in the same areas.

1963 saw a revamp, with dates introduced to number plates, and a centralised system with all registrations compiled, with 1984 seeing an overhaul, with the format becoming closer to what we have today, with a year of registration in the form of a letter, for example, ‘A’ for 1984, and an area code. It was 2001 when modern regulations were introduced, which reflects the guidelines we abide by today.