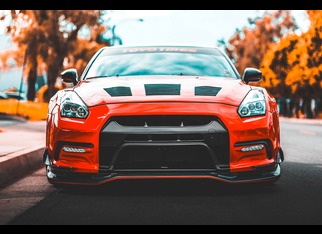 Rules for displaying a front number plate in the UK


Number plates are a crucial component of vehicles on UK roads. They have a specific letter and number combination that is used to identify the vehicle. For example, the only method to distinguish two cars of the same make, model, and colour is by their number plates. In addition, number plates are required so that the police and cameras can distinguish between different automobiles if they are in a traffic accident or used for criminal activity.

Any vehicle parked or used on UK roads must have a front number plate, and not having one is against the law. Failure to abide by the DVLA’s regulations regarding the placement of number plates on a vehicle will result in a failing MOT and a fine of up to £1,000.

Given the significance of number plates, all cars must display a number plate that the authorities and other users of the road can easily see and identify. For this reason, both the front and rear plates should be visible. In addition to saving you from fines and penalties, following the DVLA’s laws and regulations will protect you and other road users in the event of an emergency or accident related to your vehicle. These rules were established to make it simpler for authorities to see and recognize the number plates on your vehicle, enabling them to help you in the event of an accident or a theft. Additionally, the number plate is the only means to distinguish between two automobiles of the same make, model, and colour.

Lastly, if a vehicle has both front and rear number plates, the Automatic Number Plate Recognition (ANPR) system will be able to easily read those plates.

Are There Any Exceptions?

The front of the vehicle must have a number plate attached in the way specified by the DVLA. However, according to the DVLA Legislation, there is a certain exception; if a vehicle was initially registered before September 1, 2001, it is written that no plate is required to be attached to the front of the car.

Additionally, if a motorcycle or motor tricycle does not have a body that is similar to that of a four-wheeled vehicle, a registration plate cannot be mounted to the front of a vehicle — even if it was originally registered on or after September 1, 2001.

Every driver in the UK is required to abide by strict regulations set forth by the DVLA regarding the display of number plates. Having a front plate for your car is one of them. Many people have different reasons for not wanting a number plate on the front of their car; some think it is kind of embarrassing to have one there on your brand-new shiny vehicle, while others think it will harm the car’s beauty or aesthetics.

However, the DVLA regulations are in place and designed as both public insurance and for the safety of everyone using the road. Additionally, even though it may not be nearly as stylish, it is necessary to display a number plate on the front and back of your vehicle because failing to do so could result in fines and other consequences.