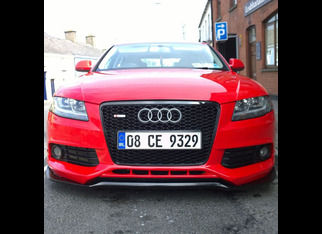 
In the UK, the private number plate business is experiencing a meteoric rise. Today, the industry is worth a whopping £1.3 billion — and it’s not showing any signs of stopping!

Irish number plates are one of the most popular types on the market now. For this reason, our clients have many questions about these registration marks.

This article will discuss the essentials of Irish plates, including their definition, features, and benefits. Read on to determine if they can address your distinct needs.

What Are Irish Number Plates?

Many UK car owners have the misconception that number plates from Northern Ireland and the Republic of Ireland are the same. The truth is that these locations use unique systems that follow different formats.

In this blog, the term Irish number plates refers to identity markers from Northern Ireland. You can legally display them in the UK, but it’s not the case for those from the Republic of Ireland.

It’s easy to distinguish between the two markings. Northern Ireland plates start with letters, while those from the Republic of Ireland begin with numbers.

While there are similarities between regular UK plates and those from Northern Ireland, there are also components that set the latter apart. Below are some of the most notable features you will find on an Irish plate.

What attracts car owners to Irish number plates? We’ve listed some factors that make them irresistible to enthusiasts.

Irish number plates use three letters containing I or Z followed by one to four numbers. This system allows car owners to be creative in their registration marks. For instance, top executives in gas companies can buy plates that start with OIL, or landscape business owners can use those with DIG. Some of the most expensive combinations bought recently include BIG 1 and IG 1.

Irish plates are typically the most budget-friendly personalised plates. These registration marks often sell for lavish amounts, but Irish number plates offer more affordable options. We recommend these shorter plates for those who want to stand out without breaking the bank.

As mentioned, Irish number plates are dateless. This feature means you won’t have to worry about using age-inappropriate markings on your car — which may be illegal in the UK. In the region, the government forbids car owners from disguising their vehicle’s age through plates from previous years. Doing so may lead to massive fines and even criminal charges.

Below are some questions our clients usually ask about Irish number plates.

Are Irish Number Plates Legal in the UK?

Irish number plates — meaning those from Northern Ireland, not the Republic of Ireland — are legal in the UK

Can I Buy a Personalised Number Plate for a Motorcycle or Moped?

Yes, you can get an Irish plate for your motorcycle or moped, as long as it’s Ministry of Transport (MOT)-approved and taxed. If you can’t get an MOT certificate, as in the case of registrations that start with Q, you cannot get a personalised plate for your vehicle.

Can I Reuse an Irish Plate on Another Vehicle?

Irish number plates are dateless, meaning their alphanumeric characters don’t represent the vehicle’s age. For this reason, you can transfer one to any other roadworthy vehicle in the UK This feature makes Irish plates appealing to car owners who want to hide their ride’s age.

Technically, Irish plates don’t expire. They’re dateless, so you can use them on any registered vehicle. However, you should renew them every 10 years if you don’t use them on your car.

How Do I Get an Irish Plate?

Automobile owners from England, Scotland, and Wales can purchase or transfer Irish plates through providers just as they would a Great Britain (GB) registration. The best part is that you don’t need to worry about getting an age-appropriate tag for your car.