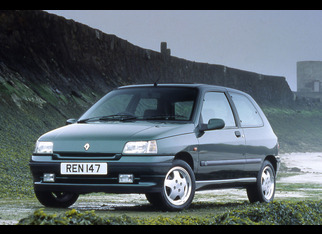 How to tell how old a car is in the UK


One of the many things buyers must consider when purchasing a vehicle is its age. It’s essential to determine a vehicle’s age to ensure it meets safety regulations, has all the necessary features, and is in good working order. Whether you’re buying or simply curious, telling the age of a vehicle in the UK is relatively straightforward.

Like humans, cars have birth certificates in the form of the V5C. This document contains information about the vehicle, including its age and model. If humans have birth dates, cars have a first registration date!

The most accurate way to tell how old a vehicle is in the UK is by checking its registration papers. However, the answer can also be found in the number plate.

In 2001, the UK adopted the millennium registration system. It became the standard used to identify the age of vehicles registered after March 2001. Under this new registration system, number plates have the format: two letters, two numbers, and three letters.

The first two letters indicate the region where the car was registered. The following two numbers provide the age identifier, changing the number format every six months. Lastly, the three letters are randomised, usually sequential among registrations.

The V5C is a car’s “log book” that records all its basic information. The document contains details such as the car’s make, model, engine size and registration number. It also has a section that lists the car’s exact date of registration, which gives an accurate indication of the car’s age.

What Is the Vehicle Identification Number (VIN)?

Another way to determine a vehicle’s age is to look at its Vehicle Identification Number (VIN). The VIN is inside the car, usually in the form of a metal plate. The VIN contains information about the car’s age, including its make and model year.

VINs are alphanumeric codes that provide the car’s manufacturer, model, and trim. Globally, the 10th character in VINs represents the year a car was made. So, when you see the following characters in the 10th place of a VIN, you can tell its manufacturing year:

Finding out a car’s age can be an important step when purchasing. The V5C and the VIN are two pieces of evidence that can tell you how old a vehicle is in the UK. Number plates may also provide clues to a car’s age, so it’s vital to check all of these documents and numbers when trying to determine the age of a vehicle.

At MyReg, we understand the importance of accurate information on your car. As creators of high-quality number plates, we ensure that all our plates have the correct details printed. We don’t only go for your premium materials and a beautiful finish; we also guarantee accuracy and safety.

Take your time researching the age of your vehicle so you have all the correct information to make a successful purchase.